The Almici family has been leading the Ghedi-based company, leader in the production of Made in Italy Pet Food, for twenty-seven years.

Taken from the article published on November 23, 2018 “THE ENTERPRISES TELL” BRESCIA EDITION by NETWEEK

Corn flakes were invented in 1894 in the United States and to be precise in Michigan by the Kellogg brothers.

Almost a century later, thousands of kilometers away from the stars and stripes state, Nuova Fattoria Srl also founded its fortune on corn: we are talking about the Almici family , producer of Pet Food Made in Italy and protagonist of a business story which is touring half of Europe, and beyond.

The Nuova Fattoria has its roots in the early nineties: it is 1991 when Franco Almici founded the company, then managed on a family level by his wife Adriana Andrini as legal representative, by
his son Claudio, head of production and plants, by his daughter Marina, administrator who manages commercial relations with customers and suppliers as well as the financial part with credit institutions, and by Miriam Treccani, Claudio’s wife and partner of the company.

Originally the company was very different from how we know it today.

” We started as feed traders, then the leap in quality came with the beginning of the production of food for hunting dogs” – explains Claudio Almici, recognized as a master in his field ” Before starting the production and marketing of our feed we have tested the product for two years “ .

A direction that was taken with care and which proved to be the correct path to follow.

“Evolution, technological innovation and continuous investments in new plants and machinery, together with the value of tradition” he continues “ have allowed our company to offer a product in line with the times
and with the needs of dogs of all breeds. Furthermore, we are now able to produce large quantities with very little labor , ”says the production manager.

The first site was that of Bagnolo Mella, while in 2000 Nuova Fattoria moved to its current structure in Ghedi: today ten employees work in via Industriale and there are two lines of extruders capable of processing twenty quintals of corn per hour, five days a week, 24 hours a day.

Practically the production starts on Monday morning and continues uninterrupted until Friday evening.

Overall, there are sixty tons of product sold in one day.

“ Our pet food reaches pet shops throughout Europe and beyond ” continues Claudio Almici “ We are a company that is constantly expanding towards ever new countries and markets, such as the Russian one, where the product is successful. Despite the economic crisis in recent years we have managed to grow both in terms of quantity produced and turnover “.
According to the protagonists of this company, the key to success, in addition to the quality of the raw materials used, is precisely the family management.

To this are added the profound competence of the production team, the availability of the sales staff and the organizational capacity of the administrative apparatus: all this means that Nuova Fattoria can make use of a compact and avant-garde team.

To complete the picture are some guidelines observed over the years, namely a particular attention to the choice of suppliers and the quality of the raw materials used ,
in addition to the continuous controls at entry and exit and during all the process phases , essential for guarantee the level of a certified Made in Italy product .

To conclude, it is difficult not to talk about the future: the third generation has, in fact, already joined the company.

The freshest face of the Nuova Fattoria is called Giuseppe, at work in production with Claudio Almici.

And then there are three other young people who perhaps will follow in the footsteps of parents and grandparents: “We are experiencing a very important development process – he concludes – it will begin to materialize next year, in 2019”. 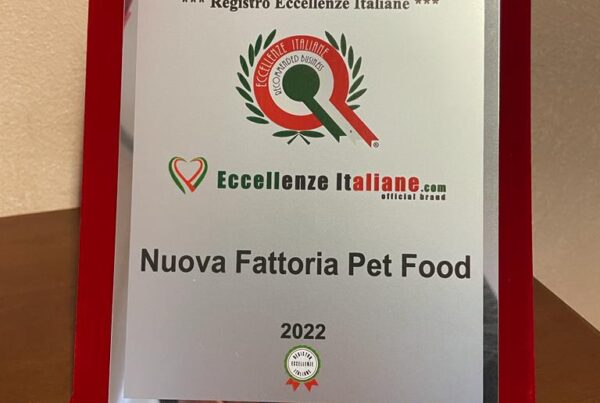 Excellences Italiane, the portal that has been researching, evaluating and rewards the real Made in Italy for more than a decade, has renewed the “ certification ” at Nuova Fattoria for the… 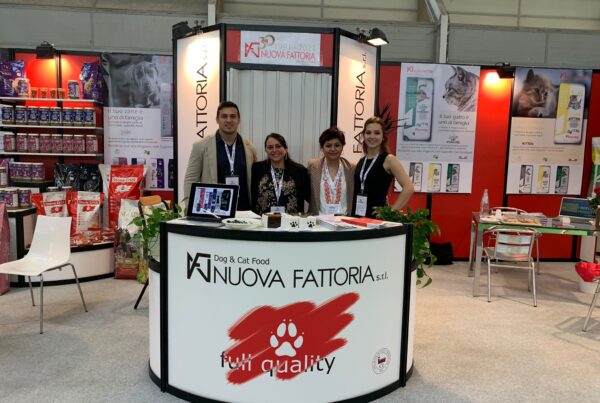 We are back in Bologna for the 2021 edition of Zoomark Nuova Fattoria was one of the 450 exhibitors who bet on the possibility of returning to having direct contacts,…