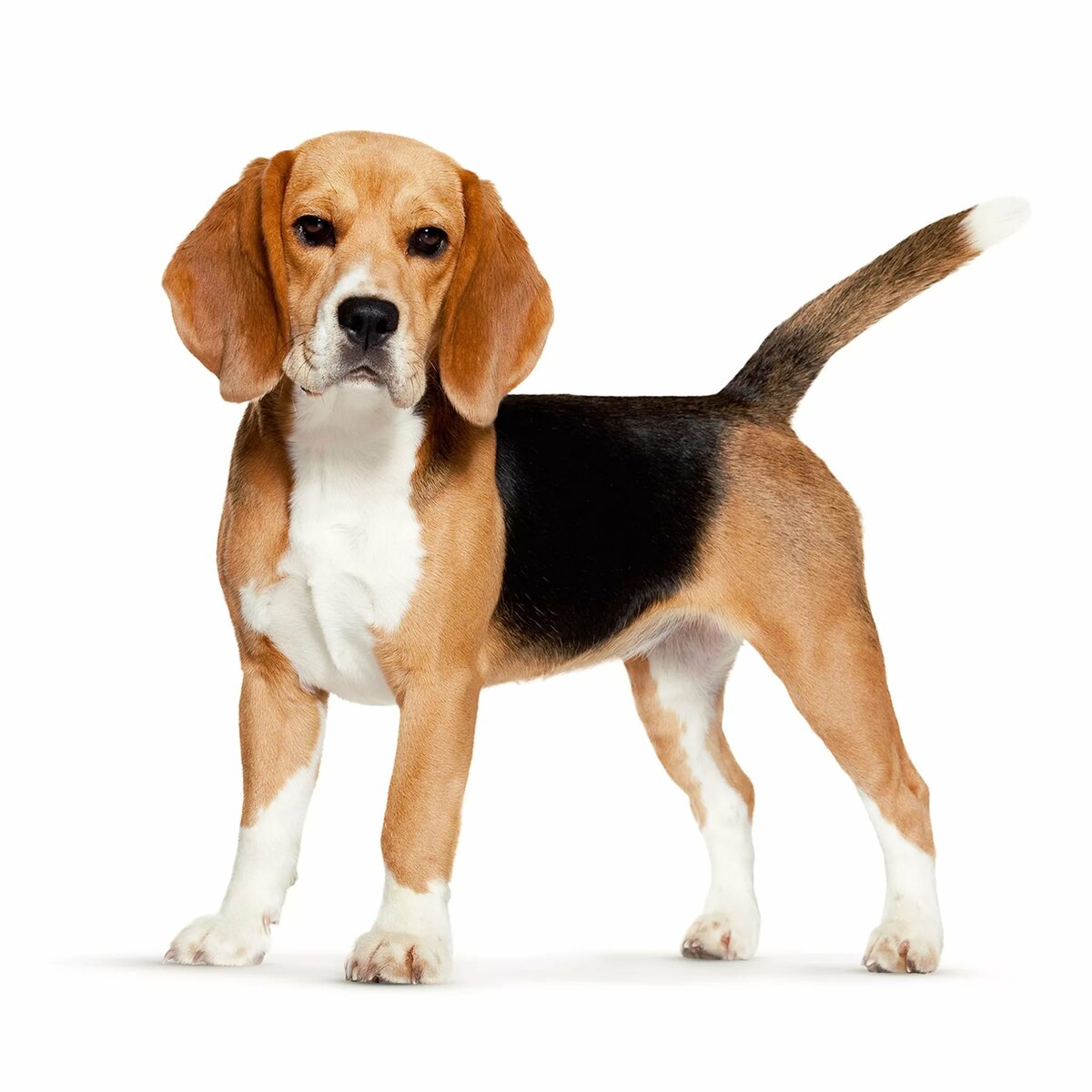 The  beagle or  bracchetta  is a breed of medium-sized hunting dogs (of English origin), originally used mostly to hunt animals such as rabbits, pheasants, foxes and wild boars, now quite common as companion dogs. Due to their hunting aptitudes, beagles are defined as working dogs, as they are a breed subjected to work tests also for the proclamation of Italian beauty champion.

Widely used in the past and still today in small game hunting. The beagle is a rather ancient breed: already in the thirteenth century it was mentioned as the most beautiful dog. It has been introduced in many European countries with excellent results. In France it is, without a doubt, the most popular dog breed. In Britain, like most hunting breeds, they are bred for two purposes and in two different ways.

Beagles are bred for hunting and beagles are bred for show and companionship. In Italy and in all countries affiliated to the FCI the standard is unique. In France this breed was imported around 1860 and became, with the passage of time, a highly sought after dog for its hunting skills and performance; England was thus overtaken in the popularity of this type of dog, because for them it was not to be considered a good hunting dog, given its small size and moderate speed. Its spread in Italy has occurred in recent decades, but its role, for the most part, is only that of a companion dog.

Very cheerful, curious, intelligent dog, never aggressive, affectionate with everyone, his “joy of living” is expressed in every movement. Despite being a very sweet dog, you can encounter many problems in educating him as the beagle can have a somewhat hasty character, but he is by no means a stubborn dog.

They are very attached to the master, continuously following him in all his activities, so much so that they are defined as “shadow dogs”. Precisely because of this almost morbid attachment to the owner, it is one of the dog breeds that most suffer from separation anxiety. Being a hound, he has been selected to find olfactory traces and follow them, this entails a serious difficulty in teaching these dogs to return on command when they are away from home or to stay correctly on a leash, as they are literally “kidnapped” by the smells of the dog. surrounding environment.

The beagle is very sociable both with other dogs and with people and by many it is considered the ideal dog for families with small children as it is always available to play and never aggressive. The beagle does not bark much except in moments of particular agitation / excitement and its bark is thunderous and high-pitched. Due to its small size it can also stay in an apartment, as long as it is given the daily opportunity to walk, allowing it to take long runs from time to time.

In return, he will surely want play spaces and intense walks in the open air with his owner, whom he is very fond of.

Constantly seeks the company of the person you are fond of. Excellent hunting and companion dog, but not recommended for elderly people looking for “walking” dogs; in fact the beagle is more accustomed to shoot or to stay still in one point. You have to be very careful when approaching strangers: the beagle is inclined to trust anyone given the sociable character of him, but this can limit him in his function as a guard dog. 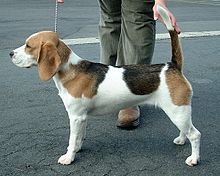 A beagle posing for show

These specimens appear robust, with a compact and elegant structure. The size is medium-small (from 20 to 35/40 cm). The head is of medium-small length. The stop, well marked, is equidistant from the occiput and from the tip of the nose. The muzzle is not blunt and the lips are very sagging. Nose: Wide, black, with less pigmentation in subjects with a lighter coat; nostrils well opened.

The eyes are quite large, set well apart, dark brown or hazel, always have a sweet and mischievous expression. The ears are long, with rounded ends, gracefully descending on the cheeks and, extended, reaching the tip of the nose. The arch is low, of thin fabric. The tail is sturdy and of medium length set high, never curled towards the back nor tilted in front. Well feathered, especially in the lower part (herringbone).

they are named in honor of Queen Elizabeth I, who loved them and bred them, these beagles were dogs that measured from 18 to 25 cm in height. Examples of this type of bracchetti were bred in Great Britain until the nineteenth century; due to their small size they could not easily reproduce so, little by little, they began to disappear, eventually becoming extinct in the nineteenth century. Subsequent attempts by UK breeders to revive the mini-beagle in the early 1900s also failed. The latest standard of the beagle does not provide for this variety, so today dogs less than 33 cm in height are to be considered out of the standard.